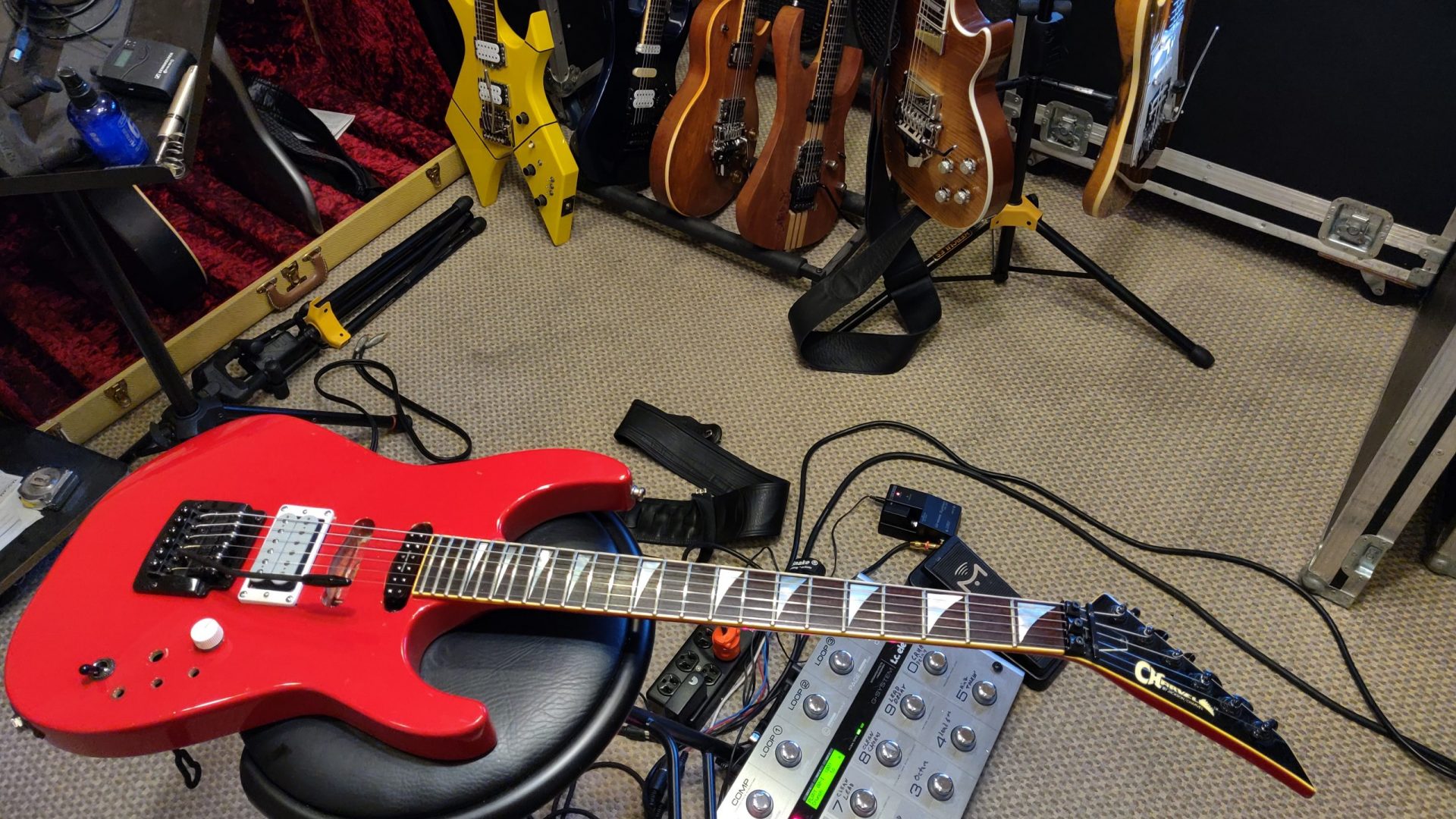 I was born November 23rd 1961 in Florida. Began taking lap steel guitar lessons at 8 years old. Played schools and churches as a child. At age 15 picked up “standard” 6 string guitar.

In 1978 played first “professional” gig with band “AIRCREW” at the “Silver ’78 Concert” at Lake Silver Amphitheater in Winter Haven, Florida.

1979-1982
Played clubs throughout the Tampa Fl. area and began learning the craft of entertainment. Hooked up with former Ted Nugent Bassist Rob Ruzga who became my mentor and musical brother during these formative years
Moved to Ft. Pierce, Fl. in 1981 to study for a college degree in music. Kept the band AIRCREW together with Rob Ruzga and began playing in Ft. Pierce, Stuart, Cocoa Beach, Delray Beach, and surrounding areas on the East Coast of Florida.

1983-1987
Graduated from college with degree in music. In ’83 signed with King Music, Inc. and began touring the Crown Lounge and Big Daddy’s bar circuit. Moved to Miami in ’83 to be in the middle of a HUGE music scene that was there at that time. In 1984 Rob Ruzga left for another band and I formed a new band…”LIX”.

Moved to Ft. Lauderdale.
That year LIX went on a 2 week tour of PERU courtesy of CBS Records of South America.

Lix signed with K&Marz Productions and played the “A” circuit rooms from Miami to West Palm Beach and all points in between.

In 1987 formed the band “Silent Partner” and signed with Fantasma Productions, Inc. and continued to play before thousands of people 7 days a week up and down the East Coast.

Subway was the number 1 band with Showtime Entertainment, Inc. and traveled the entire country.

Moved to Columbia, SC myself and the remaining members of Subway formed a band called “THE ESSENCE” which became the house band at the SHANGRI-LA rock club in Columbia, SC… and later took the house job at the DYNASTY rock club in Augusta, GA.

In 1991 I returned to Florida and formed a band out of Orlando, FL. called “SWEET MERCY”.

After playing a couple of months in Florida working with OMNI
Entertainment, Inc.
I took the band to Showtime and CMC Entertainment and once again began touring the country.

In 1993 the bottom fell out of the club scene. Drinking laws became stricter and people started listening to Rap and stopped coming out to clubs.
It had become an industry that was no longer viable for a band or a booking agent to be able to fill 7 days a week.
So I moved to South Carolina, and hooked up with local Greenville,SC band THE OATH.

1994-1998
Played with the Oath and the band actually defied the odds and were able to work more than just weekends!
Actually began touring from Florida to Maryland at a time when most bands were packing it in!

1999-2002
Playing for crowds is an addiction, and it didn’t take long!
In late 1999 I began putting out “feelers” to see if perhaps
I might want to play again.
Joined local Greenville band KID COLT.

After a stint as the house band at De Walkers in Greenville the band began playing all around the Upstate area of South Carolina.

In 2002 the band re-tooled itself and was re-named “TRAILER
PARK TRASH”. The band had a very successful run and was playing steadily until…

My neck was broken as well as both arms. It was uncertain whether I would be paralyzed. I spent most of the month in the hospital.

May 29th I finally came home. Barely able to walk and sporting a neck brace and two full arm casts it was a very discouraging time.

The doctors told me that I was making a great recovery, but I would surely never be able to play guitar again.

I said “Hold My Beer” and in August of 2002 I returned to the stage with the Oath!
I played with the Oath until November of 2002

2003-2008
March 2003 I teamed up with keyboardist/sax player Tony Gardo and Claudia Marie on vocals to form a new version of “Trailer Park Trash” using bass and drum tracks. We played throughout South Carolina having a blast!

Claudia Marie and I reprised Trailer Park Trash as a duo with bass and drum tracks and performed at The Riviera Casino on the strip, Brandos Nightclubs, The HideAway, The Red Rooster, and several other local hotspots.

2019 became the substitute guitarist for the Vegas show “The Tenors Of Rock” performing at the Sin City Theater inside Planet Hollywood on the Vegas strip!